Do you want to become a plumber in Brisbane? Maybe you are moving to the Sunshine State and want to ... Before your fridge gives out, it will show some signs of it dying. Learn what signs to look out for ... Solar hot water systems have an Australian history which may surprise. While we’re familiar with t... Ever given much thought to how clean hot water systems are? Turns out hot water tanks can harbour ba... What do you do when the hot water goes cold at the same time you run out of money?...

Got a damaged pipe that needs repairs? Metropolitan Plumbing is weighing in on pipe relining vs. rep... Have you ever wondered what a Gold Coast plumber does on a daily basis? Recently one of our Metropol... Do you know what to do if you have a gas leak? Gas leaks are very dangerous and need to be attended ... Tempering valves have been made a regulation in Australia for a reason. They're an important part of... 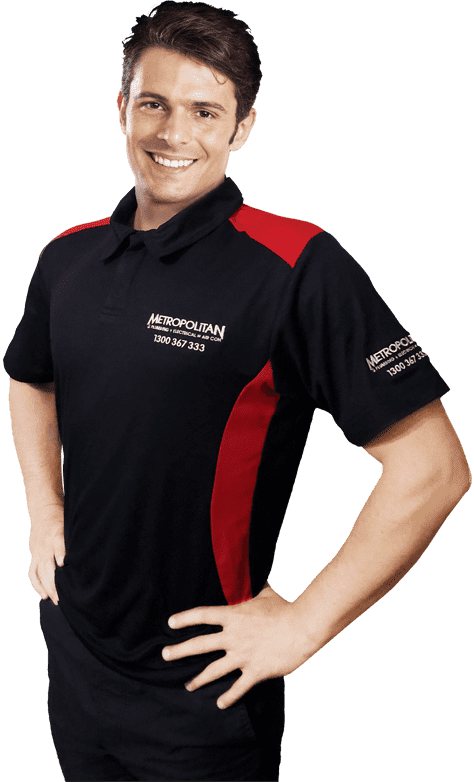 Ron was great, fixed a toilet cistern, really quick and efficient. Even fixed an extra tap at no extra cost. Amazing work was done, thanks!

Angelo offered his expertise in both electrical and plumbing. We now have internet and hot water. We would like to thank everyone involved from start to finish.

Chris came by to fix my sink’s plug as it got jammed after I cleaned it. He came within the estimated time frame, which was a huge bonus for me. He said that somehow it was the most stuck he’s seen and quoted me. Obviously, I was a bit surprised at the quote since this was the first time I needed a plumber’s service. But he tried really hard to see if every trick worked before eventually needing to replace the plug and trap. He even informed me that my rental property’s sink piping isn’t up to standard, which saved me the headache of waking up to a leak one day! Thanks again Chris for everything!